And into the desert we drove..

END_OF_DOCUMENT_TOKEN_TO_BE_REPLACED

Up before the sun, eager to explore Petra before the swarming crowds and before the blistering heat weighed down upon us with heavy hands. Camelbaks full with water and snacks, we made our way to the gates. Arriving early was a smart move, only a handful of people were as eager to get up so early.

END_OF_DOCUMENT_TOKEN_TO_BE_REPLACED

The Black Sea is an incredible body of water that long gets overlooked by travelers. Its geographic location and ecological traits make it very unique and beckons attention. Its sheer depth and circumference may impress any but the real wonders lie deep within the water.

END_OF_DOCUMENT_TOKEN_TO_BE_REPLACED 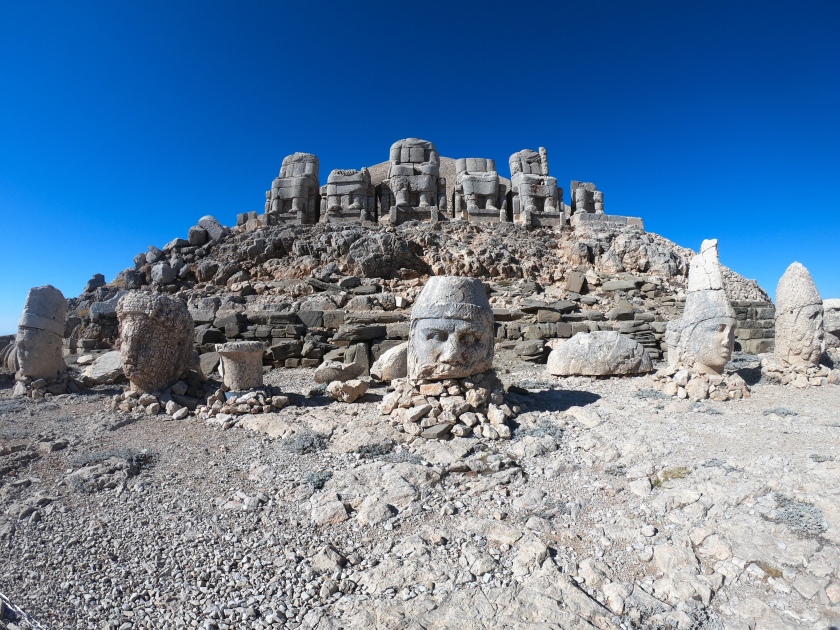 END_OF_DOCUMENT_TOKEN_TO_BE_REPLACED

We had an eighteen hour drive to catch a flight East. Another fifteen to board at JFK. Connect in Amsterdam and then finally land in Istanbul. An eight hour stretch through tightly packed stop and go traffic into the barren landscape of central Anatolia. The sun faded from burnt orange to pink as we stretched on to our final destination, descending down into the faerie like wonders of Cappadocia just at the crest of night. It took a week of traveling to begin our next travel adventure. The following day would be the beginning of a six week journey throughout the vast stretches of Turkey, the dreamy desert scape of Jordan and the ancient world of Egypt. We start off our trip in Cappadocia which marks the one year anniversary of our marriage.

END_OF_DOCUMENT_TOKEN_TO_BE_REPLACED

Some days we have to get away from being away. Put our anxious thoughts behind us as we cruise out of sight and let the miles unravel, racking up the odometer. As the distance increases our minds revert to inner peace. It’s just the way we are wired together: infinite adventure, infinitely craving the raw, new feel of everything around us.

END_OF_DOCUMENT_TOKEN_TO_BE_REPLACED 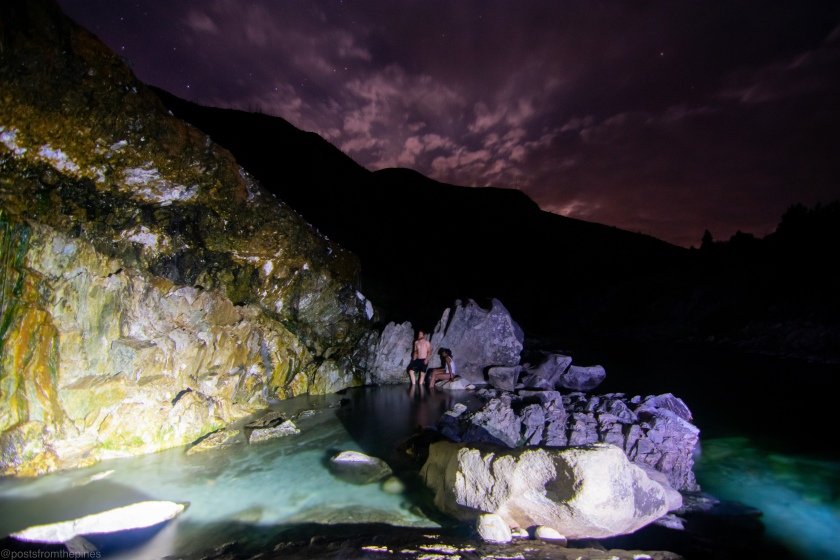 Throughout our world Nature delights us with its unique gems. When we find them we are in awe; soaking in the breathtaking wonders of this incredible Earth. Idaho has shown us much beauty along the Salmon and Payette Rivers as natural Hot Springs emanate from underground.

END_OF_DOCUMENT_TOKEN_TO_BE_REPLACED

Adventure awaits in the Sawtooth Wilderness. From the towering, craggy peaks blanketed with thick layers of snow and ice, to the swift whitewater of the River Of No Return, an abundance of excitement is an understatement. The naturist spirit cannot be undersold here; it beckons and bleeds with brave enthusiasm.

END_OF_DOCUMENT_TOKEN_TO_BE_REPLACED

Shadowy openings lure us in.

Caves are the veins of the earth.

END_OF_DOCUMENT_TOKEN_TO_BE_REPLACED 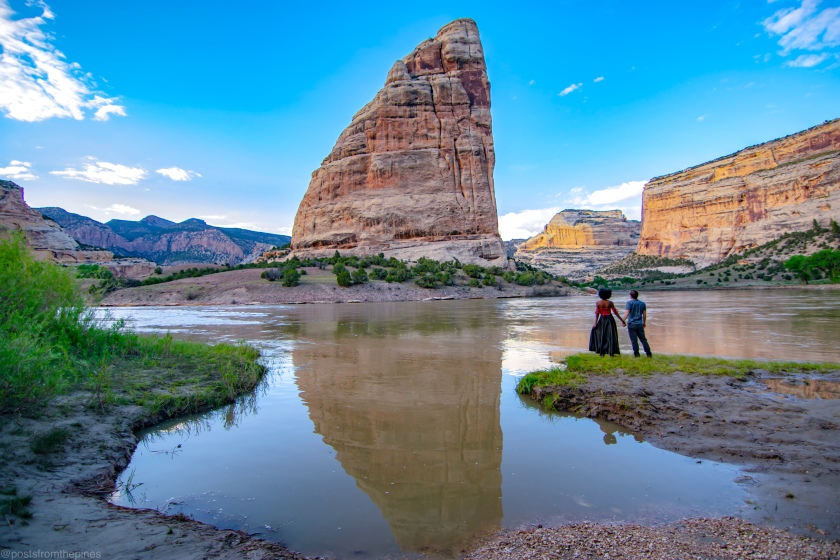 A majestic centerpiece rises up from the Earth to greet the confluence of two beautiful rivers, the Green and the Yampa. Steamboat Rock an ethereal experience in the high desert of Northwestern Colorado. A hidden oasis protected and hidden from the masses. A quiet, sacred place of awe inspiring beauty.

END_OF_DOCUMENT_TOKEN_TO_BE_REPLACED

From the Rockies to the Sierras, the Cascades and back, we consistently have an innate desire to seek out mountains. We have made countless loops around the United States, from the interior to the coast, and back again. We haven’t, however had the chance to see Mount Saint Helens on any of our routes, at least not until now. The volcanic mountains in the Cascades paint an impressive picture of our endlessly shaping world.

END_OF_DOCUMENT_TOKEN_TO_BE_REPLACED

Those who travel go for adventure, the allure of something new, different; a change of pace from the ordinary. We seek out the beauty of nature and the raw cultural shift from place to place. Always on an inner quest of love and light. To experience and be apart of something foreign for a lapse of time. Many however, overlook and undermine a mirror image face of reality when coagulated by a self serving sanctum. Refusing to look at refuse. Turning away from the endless true nature of the ordinary man in the industrial era. 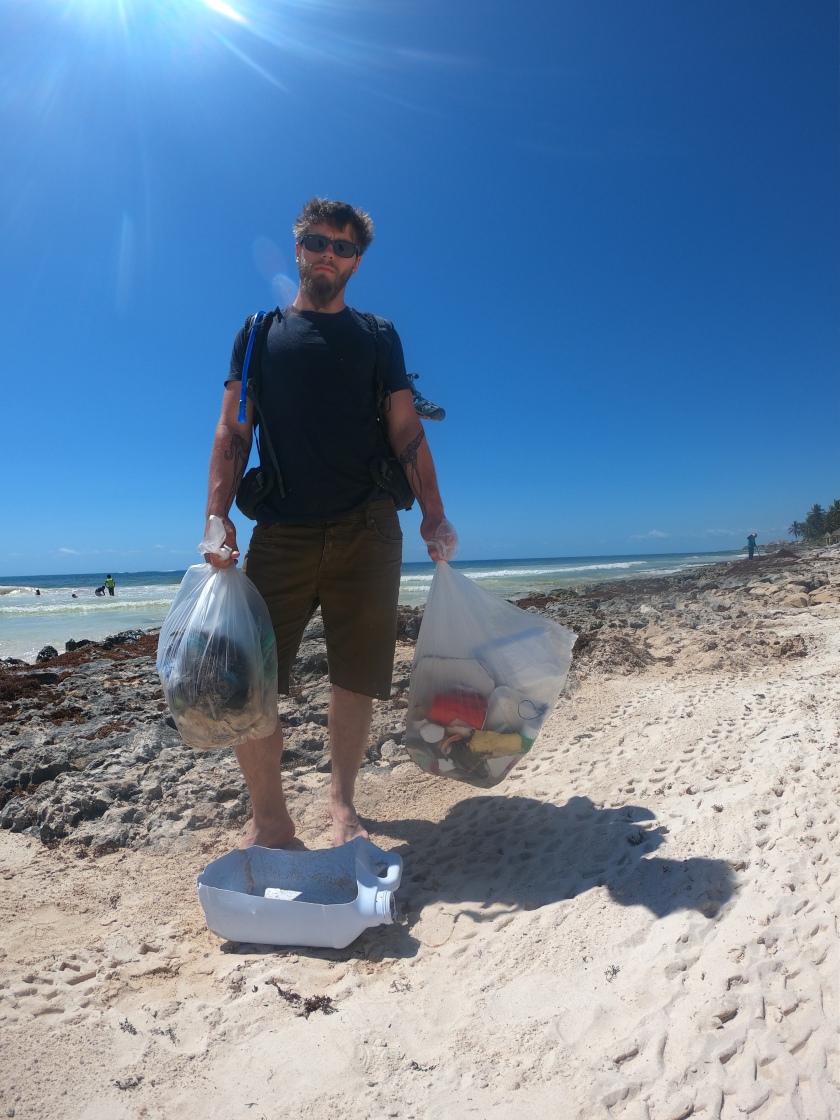 END_OF_DOCUMENT_TOKEN_TO_BE_REPLACED

The Yucatan Peninsula has so much to offer for the avid wanderer. While most will come to rejoice the pristine, white sand beaches along the Riviera Maya from the Cancun Hotel Zone to Playa Del Carmen, we took a different path that for us meant something beyond the facade. Our sights were set on a more cultural experience through history, geography and gastronomic adventures. From the airport we quickly made our way down to Tulum, a 90 minute drive from the Cancún International Airport.

END_OF_DOCUMENT_TOKEN_TO_BE_REPLACED

A colorful culture awaits in Tulum, Mexico. The geology is unique in itself with amazing cenotes, the jungle and wildlife. But it is also very rich in history, dating back to an ancient civilization of the Mayan peoples.

We spent our time here doing a bit of everything, but mostly enamored with the numerous Cenotes. A Cenote is a natural pit or sinkhole, resulting from the collapse of limestone bedrock that exposes underground water beneath.

END_OF_DOCUMENT_TOKEN_TO_BE_REPLACED

For as much as I love the snow, mountains, cold and adventure, I have never truly been able to learn how to ski until this winter. Growing up East side I was never presented the opportunity nor had the “push” to try out winter sports. Thanks to the experience living in Winter Park, Colorado we have found a new love for the outdoors and snow that we otherwise never knew.

END_OF_DOCUMENT_TOKEN_TO_BE_REPLACED

For the last few years Tyema and I have been criss-crossing the United States, making uncountable laps through our Nation’s most breathtaking scenery.

END_OF_DOCUMENT_TOKEN_TO_BE_REPLACED

This is our first winter in our beautiful home state Colorado. Rather than traveling somewhere warm or abroad, we dedicated this winter to learning and playing in the snow. The vibe of a ski mountain town is so relaxed and we’re so grateful for this experience. Stepping out into the frosted air each morning makes us giddy and excited for each day.

END_OF_DOCUMENT_TOKEN_TO_BE_REPLACED

The enchantment of Iceland grew tremendously as our days progressed and we traveled further from our home base in Borgarnes. This next section of our Icelandic Adventure Honeymoon will focus entirely on the South, a section of Iceland that most will be more familiar with, due to its relative close proximity to Reykjavík. Of this area there are incredibly dramatic changes in the landscape that are unparalleled to any other place in the world. From our cabin, again we begin by looking out to the Northeast at Langjökull, the second largest glacier in Iceland. We have followed the Hvítá River West, down into Borgarfjörður, but now it is time to follow its main arterial vain South along the Golden Circle and down to the North Atlantic.

Langjökull is undeniably the main contributing factor to the wondrous sights of the Golden Circle. Gullfoss, Iceland’s most notable waterfall in the Southern region, would not be possible without the continual melt from the glacier. It is a beacon of an ever-changing environment; it is a reminder of the causal effect of man in Nature and the inevitability of its fate. The sheer magnitude of this waterfall, cascading in two stages equivalent of 105 feet, was so great that we felt fixed, frozen in time while staring out at its majestic beauty. The roar of the water deafening. Eyes glazed, jackets drenched with mist. Pushing through the throngs of people glued behind cellphone and camera lights to get a more apt vantage.

END_OF_DOCUMENT_TOKEN_TO_BE_REPLACED

A sensuous, exotic dance thrust across every corner of the star stained sky. Silent whispers in the wind, inaudible, beckoning the brave. The cold slipped like a silk nightgown; enchanted eyes glistening upward. An electric night, we too charged and excited. Oxygen swirling above, green and red photons pouring down in a flood all around us. We stood at the edges of the Skorradalsvatn, the lapping water reflecting rays in immeasurable degrees. The shimmering lake snaking from the east, spilling out and over the dam crest, carving the landscape down into Borgarfjörður, and then into the Greenland Sea. The Aurora floating along its’ winding course as all things connect in every dimension.